Students observe soil ecosystems to investigate how human impact affects the biodiversity of soils using the Simpson's Index of Diversity. Then, students conduct an investigation using field corn to determine how the introduction of nitrogen fertilizers impact soil microorganisms and biodiversity. Grades 9-12

biodiversity: diversity among and within plant and animal species in an environment

eutrophication: excessive richness of nutrients in a lake or other body of water, frequently due to runoff from the land, which causes a dense growth of plant life and death of animal life from lack of oxygen

exudate: a substance secreted by a plant or insect

fertilizer: any material of natural or synthetic origin that is applied to soils or plant tissues to supply one or more nutrients essential to plant growth

leaching: downward movement of materials in solution through the soil

macrofauna: animals large enough to be seen by the naked eye

mesofauna: very small invertebrate animals (such as mites, nematodes, or centipedes) that are usually .1mm to 2 mm in length

nitrogen: a colorless, odorless unreactive gas that forms about 78% of the earth's atmosphere

nitrogen fixation: a biological or chemical process by which elemental nitrogen, from the air, is converted to organic or available nitrogen

relative abundance: a component of biodiversity referring to how common or rare a species is relative to other species in a defined location or community

Simpson's Index of Biodiversity: a measure of diversity which takes into account the number of species present, as well as the relative abundance of each species

species evenness: how close in numbers each species in an environment is

species richness: the number of different species represented in an ecological community, landscape or region

yield: measure of grains or seeds generated from a unit of land (agricultural output) 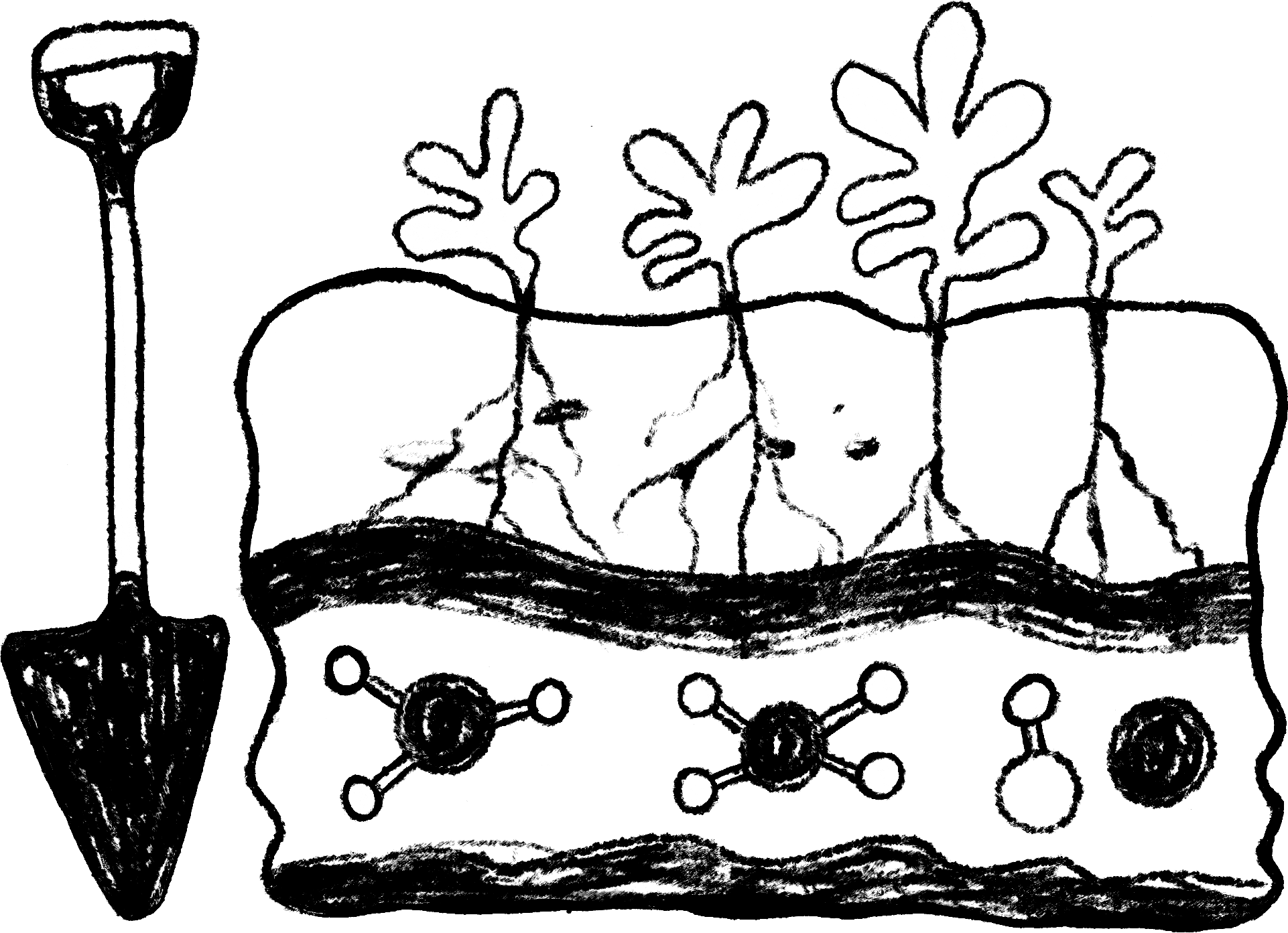 Systems thinking has been used to describe ecosystems and various processes in agriculture and the environment for a long time. Systems thinking can be described as looking at the interconnected parts of a whole. Each part can be labeled as one of four aspects: inputs, things that are added to the system from outside the system; outputs, the things produced from the system; storages, the places where some of the inputs are incorporated, or stored for future use; and flows, the movement of the matter and energy between the parts. Each one of these aspects is usually balanced by another in order for the system to maintain equilibrium or to stay in balance.

Agriculture is such a system. In order to produce agricultural products (crops, livestock feed, livestock, fuel), there are inputs that must be used. These inputs include seeds, nutrients from fertilizers, pesticides, water, the equipment to plant, as well as the fuel to power the equipment. Some of these are incorporated into the products, but some are not available to the product due to timing, or other environmental factors, such as rain or lack of rain, temperature, or plant development. These inputs then flow from one place to another within the agricultural system or they leave the system before they can be utilized. Some of these inputs are stored within the particles of soil and therefore have a better chance to be used or become part of the product. Soil is a large storage within the agriculture system.

Three particles that make up soil are sand, silt and clay. These sediments are weathered from surface rocks or eroded by water or wind and carried to other places. Soil has varying levels of porosity and permeability depending on the structure and texture, allowing it to help or hinder plant growth. The texture of the soil will determine how well it will hold water and nutrients. Soil stability or structure helps soil withstand erosion and allow for water infiltration.

The three main soil nutrients include Nitrogen, Phosphorus and Potassium. These are abbreviated as N, P, and K. Nitrogen helps to maximize the photosynthetic ability of the corn plant and increase yield potential. Phosphorus is important for flowering and root growth. Potassium is necessary to prevent water loss and aids in photosynthesis. The mineral content can affect the ability for certain plants to grow better than others. pH is another important quality in soils. It refers to the level of Hydrogen ions in the soil. Depending on the amount of Hydrogen ions, soil can be neutral, acidic or basic. Too much acidity or basicity can affect the plant’s ability to draw nutrients from the soil.

The soil texture, structure, nutrients, pH and mineral content will be important for whatever plant is planted. Depending on the soil characteristics, growers may add amendments in the form of nutrients, pesticides, and water. The consequences of overuse of one of these soil amendments, fertilizers, center primarily on a problem called cultural eutrophication. When nutrients are applied in quantities that cannot be stored or assimilated by plants, or when there is an event that causes them to run-off, they find their way into local water sources. Once in the water source, the phytoplankton and algae that naturally live there begin to bloom. Some of this algae can give off toxins that can cause illness in people or animals. The bloom can entirely cover the surface and grow several layers thick depending on the amount of input. When the algae or phytoplankton die, many bacteria are needed to decompose them, thereby depleting the water of dissolved oxygen. This results in what is commonly referred to as a “dead zone.” Fish and other aquatic life cannot live there since the oxygen levels are depleted. (See Water quality.)

Soil plays a very important role in the system of agricultural inputs, outputs, storages and flows.

Mesofauna are defined as very small invertebrate animals that live in or on soil on benthic sediment, referred to as ‘leaf litter’ in this experiment. Leaf litter cover plays a protective role in resisting soil erosion due to rainfall. This protection is removed as litter decomposes. The protective effect is influenced by the presence or absence of soil meso- and macrofauna. Fauna in the leaf litter help to decompose the organic matter, releasing nutrients for flora use and aid in soil aggregation and porosity. 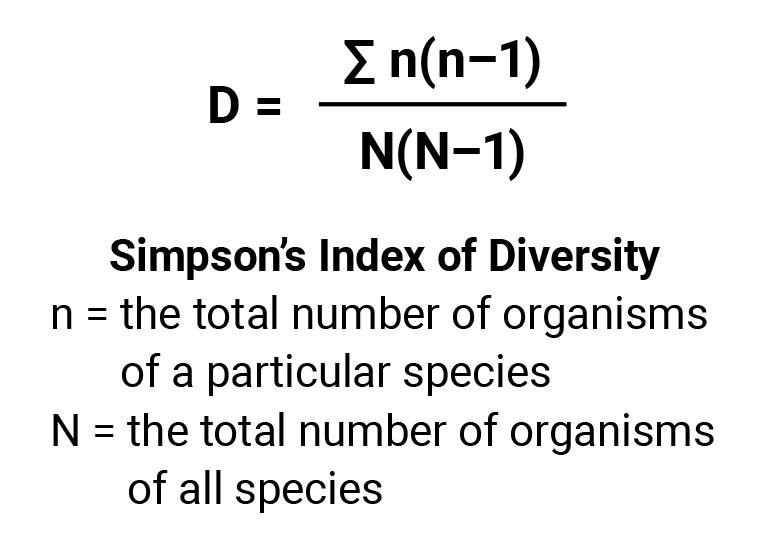 Activity 2 will ask students to evaluate the claim that nitrogen amendments in modern agricultural practices impact the stability of soil ecosystems. The three major nutrients found in soil are nitrogen (N), phosphorus (P), and potassium (K). Bacteria and other microorganisms in the soil allow for nitrogen fixation to happen (unusable atmospheric nitrogen is converted into usable nitrogen for the plant) and can increase nitrogen levels in the soil. This is an important part of the nitrogen cycle for plants and in many cases what limits the growth of producers.

Nitrogen makes up approximately 77% of our atmosphere. This form of nitrogen is of no value to plants and animals. Nitrogen gas (N2) is captured from the air by species of bacteria and is made into nitrates (NO3-). Nitrogen then enters the food web when plants absorb those nitrates and make proteins, an essential macromolecule to animals. Consumers get the nitrogen by eating plants or other animals that contain nitrogen. They reuse the nitrogen and make their own proteins. In addition to this, nitrogen can be returned to the soil when an animal urinates or when an organism dies and decomposers go to work, in the form of ammonia (NH3). Other organisms in the soil can convert ammonia into usable nitrogen compounds that will re-enter the food web. When ammonium (NH4+) is added to the soil as a fertilizer or by bacteria converting atmospheric nitrogen, it can be converted into nitrites (NO2-) and again into nitrates by different species of bacteria.

Nitrogen within a plant aids in its growth and development. Plants that lack nitrogen appear yellow, do not grow as well, and produce lower yields. When plants are given enough nitrogen, they are able to produce the proteins that help them to grow. One of the specific things nitrogen can do for a plant is help with the production of chlorophyll. The more chlorophyll that a plant has, the more efficient it can be in conducting photosynthesis and the more food it can make. The photosynthetic reactions occurring in their leaves are then used to produce chemicals, known as exudate, which they secrete through their roots. Root exudates are in the form of carbohydrates and proteins. Their presence in the soil wakes up, attracts, and grows specific beneficial bacteria and fungi that subsist on these exudates and the cellular materials sloughed off as the plant’s root tips grow. These interactions between microorganisms and plants help to maintain soil structure, nutrient availability, and ecosystem stability.

Some bacteria have lessened or stopped going through nitrogen fixation altogether due to additional amounts of nitrogen added to the soil. Generally, if farmers want to get more nitrogen into the ground they need to rotate their crops. Farmers will make sure to plant crops (legumes) that will help return nitrogen levels after planting a crop that has removed a lot of nitrogen from the  soil. Farmers also can add nitrogen to the soil through the application of fertilizers. Farmers need to be careful to apply the correct amount of fertilizer at the appropriate time so they can maximize yields and minimize leaching and eutrophication. Runoff from agricultural fields can contain excess nutrients, not assimilated by plants, that enter into surrounding watersheds. Nitrates (NO3-), the most usable form of nitrogen by plants, are also the most prone to leaching (drain away from soil with percolating water) and possible eutrophication of water systems. Nitrates support freshwater eutrophication (an excessive amount of nutrients in water systems that supports algae growth), but are secondary to phosphorus, the limiting factor in freshwater algal blooms. How can the addition of nitrogen impact soil ecosystems?

Activity 1: Mesofauna Biodiversity Investigation
Can human impact affect the biodiversity of soils? How can Simpson's Index of Diversity help to determine the species richness of disturbed soils?

Activity 2: Soil, Microbes, and Plants
What are the relationships between soil microorganisms such as nitrogen-fixing bacteria and plants? Has the introduction of nitrogen fertilizers into soil ecosystems impacted the populations of soil microorganisms? How can we maximize corn growth while limiting fertilizer use?

After completing these activites, review and summarize the following key concepts:

This lesson is from the Soil and Sustainability unit created by Nourish the Future.